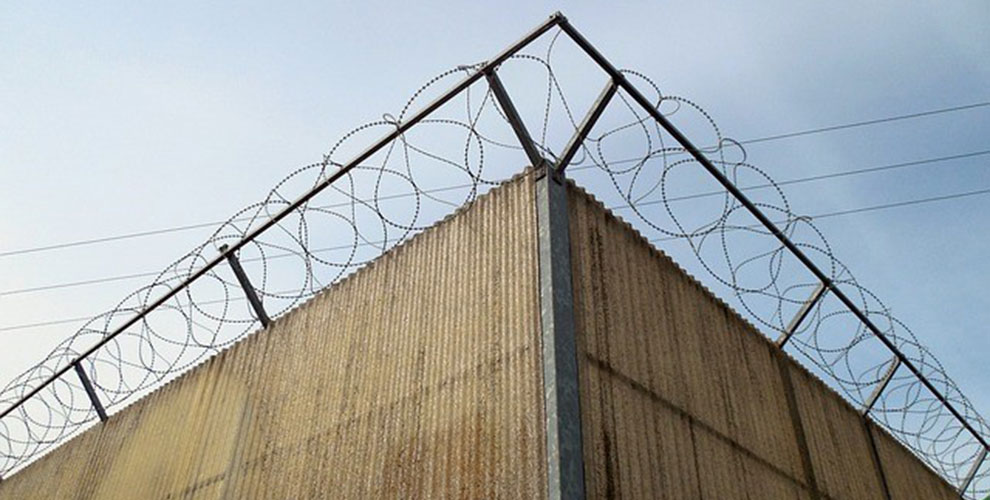 In August 2015, the London Daily Mail reported that 65 countries around the world have built or are building separation walls or fences for security.  The longest is India’s 2500-mile fence around Bangladesh followed by Morocco’s 1700-mile berm protecting it from rebels in Western Sahara.  Saudi Arabia is constructing a 600-mile wall stretching from Kuwait to Jordan in order to defend itself against ISIS.  Kenya is in the process of constructing a 435-mile wall on its northeastern border with Somalia to prevent the infiltration of al-Shabab terrorists.  Spain is building a wall around its North African outpost in Ceuta.  And Ukraine began building a wall along its border with Russia to stem the flow of aid for pro-Russian insurgents.

These more recent construction projects supplement walls and fences long-standing such as the 1974 wall dividing the Greeks and Turks in Cyprus built after the Turkish invasion and the wall built in Belfast in 1999 separating Protestants from Catholics in Belfast.  And soon to built, according to Time magazine (September 26, 2016), are a 660-foot steel fence protecting Norway from Russian migrants, a Hungarian wall reinforcing the current fence designed to reduce the flow of Serbian immigrants, a Malaysian-Thai wall designed to control transnational crime, and a 1933-mile long fence between the United State and Mexico should Trump be elected president.  Israel has also begun the excavations for an underground wall along its Gaza border in order to thwart Hamas terrorists trying to tunnel into Israel.

While some reputed experts deny the effectiveness of such security measures, experience has proven otherwise.  Barriers have kept the peace in Northern Ireland, practically eliminated tensions on Cyprus, and dramatically reduced suicide bombings in Israel.  It seems that Robert Frost was correct when he noted that: “good fences make good neighbors.”

It is understandable to bemoan the need for need for such barriers and the expense involved in their construction – money that could be better spent on infrastructure or health and human services.  But so long as conflict persists, nations have and right and a duty to protect their citizens.  It is a truth recognized by all and acted on by 65 governments.  Nevertheless, as the United Nations General Assembly is set to convene in November as it does annually, we can be as sure as the sun shines that Israel will be again be singled out for condemnation for doing what every other nation legitimately does, namely, protecting its citizens from harm.

The prophet Isaiah foretells the peaceful Messianic era when war will become unnecessary and weapons transformed into farming implements.  But the same prophet reminds us that sentries are to be stationed on the walls of Jerusalem to stand guard day and night (Isaiah 62:6).  Until the time of peace we seek the protection of God and the security of strong walls.