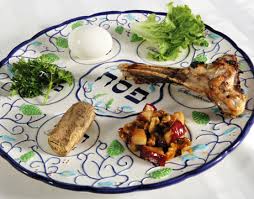 With all the demands of Passover preparations – shopping, cooking, and cleaning – it is not easy to think about the more profound aspects of the holiday. Yet the profound aspects of the holiday are precisely the justification for all the preparations! Passover is not just an opportunity for a family reunion or an excuse for spring-cleaning, or a test of our ability to prepare creative meals with matzah products. Passover is the foundational holiday of Judaism.

The entire Jewish calendar is based on the celebration of Passover. Years are intercalated seven times in a nineteen-year cycle, adding the extra month before Passover so that it will always be celebrated after the vernal equinox, that is, in springtime. The month in which Passover falls is the first Biblical month of the year and the starting point for the counting of all months thereafter (Exodus 12). It ranks first because it is the month in which the Exodus occurred (Exodus 34:18).  The inauguration (Kiddush) of Passover as well as all the other holidays of the Jewish year includes reference to the “remembrance of the Exodus from Egypt.” All other holidays are celebrated in the shadow of Passover.

Passover establishes the identity of the people Israel. The patriarchal narratives tell the stories of Abraham and his clan and his descendants. Abraham is identified as a Hebrew. His great grandchildren who descended to Egypt are identified as “children of Israel.” It was in Egyptian bondage that the Hebrew slaves became a “people,” so identified for the first time. And with the death of the pursuing Egyptians at the Sea of Reeds that this group of liberated slaves became a free people, their voices united in song (Exodus 14:31). Passover marks the transformation from clan to nation, the nation later to be called the Jews.

Passover certifies that God keeps His promises. The covenant struck with Abraham included the condition that Abraham’s descendants would be oppressed strangers in a foreign land for four hundred years until they leave as free people with great wealth. The Passover story relates how the people Israel despoiled the Egyptians (Exodus 12:35) and left Egypt in the time frame agreed (Exodus 12:41). The implications are of enormous consequence. That God keeps His promises means that God can deliver on his promises and is thus worthy of trust. It justifies allegiance and warrants observing the Torah. Thus all of Jewish practice and much of Jewish belief hinges on Passover. Passover underlies the performance of some of the mitzvot. For instance, the kindly and loving treatment of strangers (Leviticus 19:33; Deuteronomy 10:19) is predicated on the experience on slavery in Egypt. And God identifies Himself as the force behind the exodus from Egypt (Exodus 20:2; Deuteronomy 5:6).

So while we obsess over the preparations and become consumed by the challenge of getting things ready on time, let’s also take a moment to consider what’s at stake.