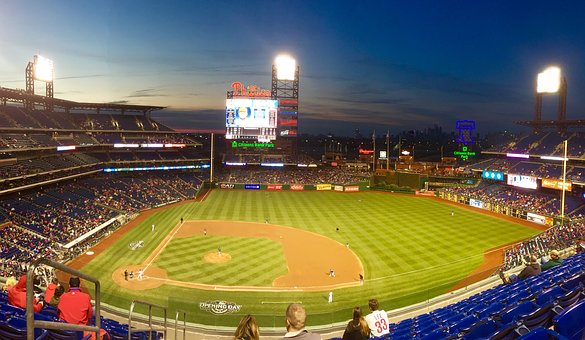 As reported in Time magazine (October 15, 1951), Solomon Schechter, first to head the Jewish Theological Seminary of America, is reputed to have said to Rabbi Louis Finkelstein that: “Unless you play baseball, you’ll never get to be a rabbi in America.” Thus the connection between the Conservative movement and America’s pastime was first articulated. That connection extends to the present since, like Major League Baseball, the Conservative movement is struggling to win fans.

In a recent posting of the Daily Dose (April 2, 2017), Sean Braswell makes eleven suggestions for speeding up Major League Baseball games. Underlying his suggestions is the recognition that the current generation suffers from remarkably short attention spans. So if baseball is going to capture the interest of would-be fans, some adjustment in timing is necessary. Games that take three hours or longer to play will simply not appeal to the young. If baseball is to thrive (read: remain profitable), the game must be accelerated. One such adjustment is effective as of this year: eliminate the need for a pitcher to throw four balls for an intentional walk. Managers can simply indicate they are choosing this strategy and the batter will take first base.

To save time, Braswell argues, the Rules Committee empowered to make such changes ought to consider abolishing the seventh-inning stretch, shorten the national anthem, eliminate the umpire’s silly and unnecessary exclamation to “Play Ball,” ban the leisurely trot around the bases by the batter following a home run, abort throwing the ball “around the horn” following a strikeout, eliminate all arguments and arm the umpires with tasers to settle any potential case, automatically assign a designated runner for pitchers who reach base, standardize leads off the bases to eliminate pick-off attempts, make foul balls count for strike three, and officially call any game after three hours and one team is ahead.

According to Braswell’s calculations, adopting these modifications would save about fifteen minutes. No doubt purists will reject any such modifications just as purists have refused to allow aluminum bats for major leaguers even though they are used at all lower levels of play and just as purists continue to resist instituting the designated hitter in the national league. But baseball has changed over the years: even Wrigley Field has played night games since lights were installed in 1988. And while Braswell calls his ideas “wild,” they are not indefensible. If Major League Baseball is intent on building its audience, it may need to resort to desperate measures.

The same is true for Conservative synagogues, or so goes the argument. It is not just the sagging affiliation numbers that are worrisome. It is the fact that fewer people are attending synagogue services. By the 1970’s popular wisdom was that the current generation of Conservative Jews were unhappy to sit through a three hour Shabbat morning service. Reduce the time and they will come. The Torah reading was the culprit and the triennial cycle was the solution. Reviving an ancient practice in the Land of Israel by cutting the Torah reading by two-thirds would save a precious fifteen minutes. By 1988 an official system was formalized to make uniform a variety of triennial readings that were independently adopted by individual synagogues. Almost thirty years have passed since but as anyone who has attended a Conservative synagogue lately will attest, things have not turned out as anticipated. The number of attendees continues to decline and the number of teens and young adults in attendance is microscopic.

Worse still, the purists who resisted such changes as a crass manipulation of tradition for uncertain gains have left Conservative synagogues for more traditional ones, accelerating the decline both in numbers and in commitment. And what about the time saving? That has all but disappeared. In synagogues served by rabbis, the time has been co-opted by lengthier sermons, explanations, or interactive discussions.  In synagogues with cantors, time has been extended to musical solos or congregational singing or even to instrumentals. Prayer services still take the same time, though distributed differently. The key question is at what cost?

Interestingly, Orthodox synagogues thrive even though the service is complete, the Torah reading is full, and time is not a factor. Most Orthodox Shabbat morning services take about two hours. And the teens and young adults attend in increasing numbers. The lesson is that when prayer matters and when Torah matters timing doesn’t matter.