Blessing for An Eclipse 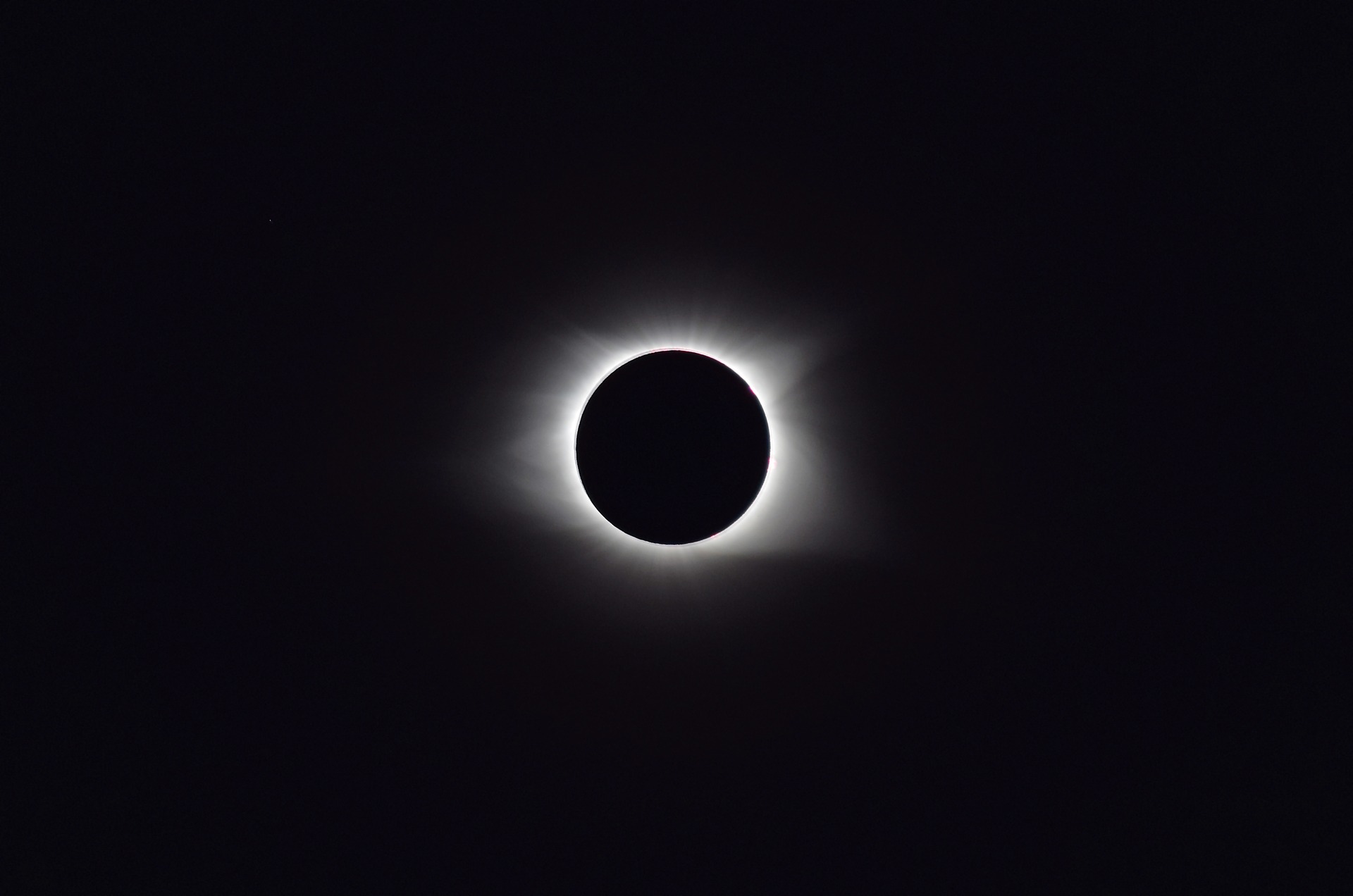 On August 21, 2017, Americans united in watching with awe the total eclipse of the sun. In contrast with the ancients who trembled with fear seeing the darkening of the sky in the middle of the day, Americans, along with thousands of foreign visitors who came to behold the spectacle, applauded what they perceived to be confirmation of the glory of the universe that can be predicted with scientific accuracy. Some observers were even moved to tears in appreciation of the event.

For Jews, the occurrence of an eclipse is not a mystery. It is well discussed in the Talmud (Sukkah 29b). But the observance of the eclipse, in particular, the absence of any blessing to recite, is a mystery. The rabbis were not shy in formalizing the recital of blessings for all occasions. There are blessings that precede the performance of religious rituals. There are blessing recited during prayer. There are blessings recited over each different kind of food. And there are blessings recited when experience the myriad sights and sounds of nature. But there is no blessing formulated for experiencing an eclipse. That this remains a singular exception ought to generate intense and immense interest. But perhaps because of the infrequency of the occurrence, the rabbis over the centuries have given it much less attention and consideration.

One contemporary approach is to consider the absence of a formalized blessing for observing an eclipse as an unconscious rabbinic error of omission that must be corrected. Such is the approach of the Rabbinical Assembly whose Committee on Jewish Law and Standards adopted the paper written by Rabbi Joshua Heller who ruled that the appropriate blessing to be recited is, with reference to God, “…Whose power and strength fills the world” or the more general “…Who performs the work of creation.”

While the idea of ritualizing a cosmic phenomenon so that it will not be taken for granted is appealing, there are three problems with this approach. It impugns the honor of earlier authorities, implying that they erred in their omission and it is left up to us today to correct it. There is some traditional support for the idea of correcting an earlier omission (the Tikkun Leil Shavu’ot is explained as a medieval attempt to correct the error made by our ancient Israelite ancestors who slept comfortably when they should have remained awake all night in anticipation of the giving of the Torah). But there is a difference between indicting ancient Israelites who were by all accounts less than exemplary in their behavior and the rabbis revered for their wisdom and piety. Aside from the arrogance attached to this “correction” – claiming that we today have a better understanding of the application of blessings than the very authorities who formalized them – is the fact that there is a general rule against varying from the established words of prayer or inventing new prayers, particularly when they include invoking God’s name. The unauthorized use of God’s name is especially condemnable. In addition, the Talmud (Sanhedrin 42a) suggests that the more sophisticated approach to recognizing astronomical phenomena requires a more elaborate blessing than that which Rabbi Heller advises.

The alternative is to accept the idea that the rabbis intentionally refused to formulate a blessing for observing an eclipse. If this is the case, then the task is to understand why. Ostensibly, the Talmud (Sukkah, op. cit.) explains the reason for the omission. An eclipse is a bad omen. It is imposed by God as a punishment for sin, suggestions of which range from sexual crimes to crimes against nature. But to moderns, the idea of bad omens is laughable. And since we know today that eclipses are predictable, they cannot be connected to punishment for sinful behavior. (RaShI, ad loc., long ago attested to the inadequacy of the Talmudic explanation.)

My own approach is to omit the recital of a blessing in consonance with Talmudic authorities but to explain the omission differently. The key, I believe, lies in the wording of the Talmud (Berakhot 59b) regarding the blessing for certain astronomical phenomena: “…the sun at its turning point (referring to the 28 year solar cycle)…the planets in their orbits, the constellations in their progressions…” Each of these listed phenomena refers to regular, recurrent, and constant events – as observed by the rabbis. In other words, blessings were instituted for astronomical events that were predictable in the ancient world. Since eclipses were unpredictable, a blessing was inappropriate. (Sighting of meteors for which a blessing is recited falls into the category of meteorological events like thunder and lightning.) So the rabbis intentionally omitted eclipses from the list of phenomena for which a blessing is recited in order to emphasize that the uniqueness of the universe lies in its orderliness: a message we can still appreciate today. Keep this in mind for the next total eclipse visible in the United States: April 8, 2024.