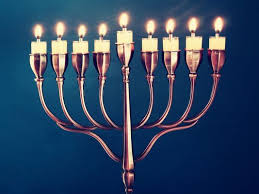 Professor Martin Seligman of the Department of Psychology at the University of Pennsylvania (along with science writer John Tierney) reviewed in a June 4, 2017 article in the New York Times the latest advances in brain research. It now appears that a central function of the large human brain is to look into the future. This – not language, not culture, not tool-making – is what sets human apart from other animals. Rather than archiving the past, the human brain keeps re-writing history. This is not to say that the brain changes facts but, rather, the brain uses facts in contemplation of the future.

A study of five hundred adults in Chicago showed that people were found to thinks about the future three times more often than the past. And when making plans for the future, they reported higher levels of happiness and lower levels of stress than at other times. Brain imaging research shows that even when relaxing, the human brain is continually recombining stored information to imagine the future. And when time permits, the brain will shift from the task at hand to imagining the future or retouching the past. This discovery explains what happens when the mind wanders: it’s simulating future possibilities.

This ability called “prospection” enables each person to become wise by rehearsing his or her own experiences and by learning from the experiences of others. Prospection permits human beings to make sacrifices today to earn rewards tomorrow. Prospection is at work when Jews fast or keep kosher: denying themselves some pleasure in the moment in order to secure later, spiritual satisfaction.

Prospection is particularly evident in the observance of Hanukkah. Both the blessings recited at candle-lighting time and in the telling of the story of the Maccabean victory explicitly refer to the past and the present. (We thank God who performed miracles for us in those days and in these days too.) But the lesson of Hanukkah is fundamentally prospective. Jews in the past were subject to depredation and oppression and yet defeated the forces that aimed to destroy us physically or culturally. Prior victories were earned through courage and commitment: sometimes of the few, occasionally the many. Knowing this offers all Jews assurance in facing the uncertainties of the future. When celebrating Hanukkah we look backward contemplatively in order to go forward confidently.