Thinking Too Highly of Oneself 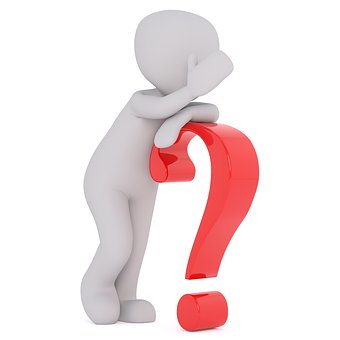 In 1969 Laurence J. Peter formulated what has become recognized as the Peter Principle. Peter observed that the tendency in most organizational hierarchies, such as that of a corporation for every employee to rise in the hierarchy through promotion until they reach the levels of their respective incompetence. In other words, bosses promoted from within are usually inept since they are placed in position that require skills they do not have.

Thirty years later, Cornell University psychologists David Dunning and Justin Kruger took the Peter Principle a step further. They developed what is now called the Dunning-Kruger Effect: a cognitive bias whereby people who are incompetent at something are unable to recognize their own incompetence since the skills necessary to evaluate the task under consideration are the same skills necessary to perform the task itself. Thus the title of the paper they published: “Unskilled and unaware of it: how difficulties in recognizing one’s own incompetence lead to inflated self-assessments.” The ironic result is that the incompetent are likely to feel confident they are actually competent. Or as Charles Darwin put it in 1871: “Ignorance more frequently begets confidence than does knowledge” (Descent of Man).

Dunning and Kruger presented examples from different fields and cohorts. Cornell undergraduates asked how they performed on a grammar test grossly overestimated their abilities. Sixty-eight percent of the University of Nebraska faculty thought themselves to be within the top 25% rated for teaching ability. Over one third of software engineers rated their skills as being in the top 5% of their field. And a nationwide survey of Americans revealed that 21% thought it very likely they would become millionaires within ten years. Subsequently, Dunning and Kruger discovered that fewer half of employees surveyed know if they’re doing a good job. And without any effective way of self-evaluating, job performances will worsen.

David Brooks believes that Dunning-Kruger Effect accurately explains the behavior of U. S. President Donald Trump (New York Times, May 20, 2017, “When the World Is Led by a Child”). But political partisanship aside, a challenge that everyone must face is how to honestly and accurately judge one’s own performance. External criticism may be brushed aside too easily as the denigration of a rival or an enemy. (Despite the fact that an old Yiddish proverb advises that: “If ten people say you are drunk, you better lie down.”) The only technique that works is critical self-evaluation – what the Jewish tradition calls “heshbon ha-nefesh” (a spiritual accounting). But it is the hardest technique to cultivate.

Judaism devotes a significant part of the year to developing this technique, from the month before the Days of Awe through the end of the fall festivals. But critical self-evaluation is not restricted to this period. The great Jewish moralists and scholars insists that while this period is advantageous for self-reflection and improvement, it is not exclusively so. End of year assessments are necessary but mid-course corrections are what keep us on track. There is no better time than this month to consider how we are performing: professionally and personally.