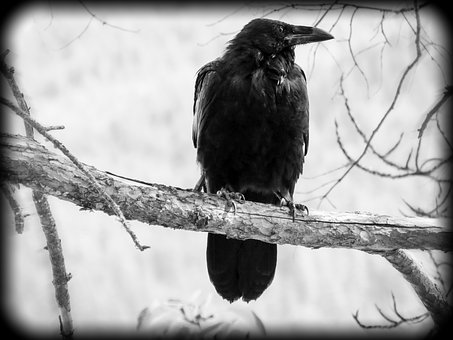 Confined to the Ark he built with his own hands for one hundred fifty days, Noah needs to test whether or not it is safe to exit. He, his family, and all the animals could survive only if the floodwaters had receded. Initially he sends out a raven but the raven returns, signaling that there was no place to roost. Later he sent out a dove but it was forced to return as well. Seven days later, he sent out the dove a second time. This time it returns with an olive twig, signaling that trees had now surfaced. Seven days after that, Noah again sends out the dove and when it fails to return Noah surmises that the dove has found a place to roost and thus it was safe to come out (Genesis 8:7-13).

The attentive reader is compelled to ask why Noah switched scouts. If the dove were a more accurate determinant of whether the ground had dried since it fed on vegetation (as RaShI explains) why send out the raven in the first place? Noah could simply use the dove at every interval. The answer may lie in the recent research into bird intelligence, particularly the extraordinary tool-making ability of the New Caledonian crow.

Crows and ravens are very similar. What separates them to the observer is that ravens are generally bigger in size and wedge-shaped tails rather than the crow’s fan shaped tail. Crows from the South Pacific (New Caledonia) are known to break off pieces of a branch to form a hook and use it to extract grubs from logs. Even more astounding is that crows will fashion hooks out of wire if no twigs are available. Researcher Alex Taylor refers to the crow’s ability to adapt their tool-making as “mental template matching.” Whatever it is called, it is impressive.

One can speculate that Noah initially sent out the raven because Noah thought it adaptable and clever enough to find its food. He later reconsidered. If the raven were that clever, it might not be the case that the water fully receded but that the raven was able to fashion a tool and extract its food from below the water line. The dove, unable to fashion tools, could only feed on plants growing from dry land.

It seems that sometimes it is not good to be too clever.