Are Stories Stronger Than Hate? A reflection on Liberation 75 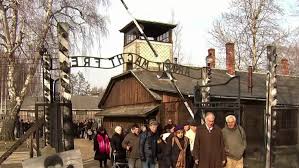 Lost among all the cancelations due to COVID-19 was “Liberation 75,” a commemoration – perhaps the final one – for Holocaust survivors. “Liberation 75” was intended to mark the seventy-fifth anniversary of the liberation of the death camps with a gathering of survivors and notables who, by their very presence, attest to the resilience of the Jewish people and the defeat of Nazism. It was also intended to serve as an admonition to all those who would dare to ignore history or revise it and challenge the contemporary manifestations of Nazism and their messages of discrimination and hate. Originally scheduled in for June 2020, “Liberation 75” has been postponed for some time in 2021.

Meanwhile, instead of a conference in a physical space, “Liberation 75” – like all conferences in the time of COVID – reconfigured to a virtual conference hosted by the University of Southern California’s Shoah Foundation. The theme for the event was “Stories Are Stronger Than Hate.”

At the outset, I must say that I applaud the intentions of the organizers. While we pray that all survivors will be blessed with long life and good health, the reality is that survivors are rapidly declining in numbers. While their histories have been documented, the sad truth is that absent actual living persons who can affirm that “These horrific depredations happened to me!” there are many today who will be little impacted by the events of the Holocaust. Without first hand testimony the Shoah will become much like any historical episode vaguely resonant with fewer and fewer people. Any event that compels the public to revisit the facts of the recent past and confront the truth is valuable. However, I am not happy with the conference name. I was not consulted for input or approval. And I am sure that academics and scholars wiser than me were consulted. I also realize that it is easy to criticize from afar. Even so, I take issue on philosophical and logical grounds.

I think I understand what the name was intended to suggest. The perpetrators of the Shoah were motivated by sheer hate: visceral anti-semitism. Yet despite their intense efforts to act on their hate and eliminate the Jewish people, Jews survive and the inspirational stories of survival repudiate the haters. And telling our stories makes us stronger. If I have got this right, then the title is inapt. The title implies that “hate” and “stories” can be measured according to relative strength and in making the measurement, stories will prove to be stronger. But of course “stories” and “hate” cannot be measured by relative strength. (What makes a story strong? And what makes any story stronger than hate?). And besides, comparing stories and hate is like comparing apples and oranges. Stories are narratives retold. It is verbal activity. Hate is an emotion. Stories are consciously constructed. Emotions are subconscious feelings.

Stories are indeed powerful tools. Philosopher Alisdaire McIntyre noted that the stories heard as children are the stories that shape personality and teach: “who the cast of characters may be in the drama into which they have been born and what the ways of the world are.”  From the Bible and beyond, Jews have stories that shape who Jews are and teach about our role in the world and our interaction with others. But so do Nazis. Nazis have a narrative that teaches how the world is composed by inferiors and superiors and the Nazis are the superiors whose mission is to purge the world of inferiors. These are strong stories too. History has shown that more often than not, worldly powers have told the Nazi stories and effaced the Jewish ones. Hence, one cannot say with any measure of confidence that “stories are stronger than hate” when some stories are themselves stories of hate.

I realize than I might be accused of being a hopeless pedantic or curmudgeon, but I argue that the Shoah is so important that all thing related to it must be carefully thought through. Failure to do so can result in giving ammunition to anti-Semites or muddling the thinking about one of the single most important events in Jewish history.